Marcia Kester Doyle’s blog Menopausal Mother was recently named the Top Hilariously Funny Blog to look out for in 2014 by the award-winning parenting site Voiceboks. 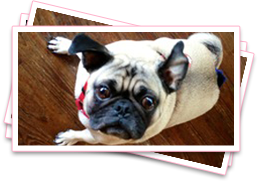 Who is Marcia Kester Doyle?

I have a B.F.A, in Creative Writing from Stephens College, but was unable to put my skills to use while raising four young children in the 1990s. I started my blog Menopausal Mother in 2011 and it quickly became a hit among middle-aged women who related to my humorous take on life with hot flashes and mood swings. I published my first book in 2014 and was a weekly columnist for In The Powder Room before they closed up shop several years ago. You can still find regular postings from me on the Erma Bombeck Writers Workshop website and Midlife Boulevard. After I had an essay published in The Huffington Post, the article went viral, and since that time, I have been featured on numerous podcasts, television shows, and radio programs. My writing has also been featured on dozens of major websites such as The Washington Post, The New York Times, Cosmopolitan, Good Housekeeping, Woman’s Day, Country Living, McSweeney’s Internet Tendency, and House Beautiful, among others.

Q: Where were you born?
A: In a hospital, obviously. I was not hatched from an egg or raised by rabid squirrels in the forest, contrary to what some people may think.

Q: Who were you named after?
A: My mother already had three children and thought she was finished being a baby factory. But the universe laughed, and I was born. She named me after her best friend, Marcia. And once The Brady Bunch popularized my name, I’ve never heard the end of it. “Marcia, Marcia, Marcia!”

Q: How many pets do you have?
A: Enough that I’ve been featured on Nat Geo Wild twice. Seriously. We currently have 3 dogs, 2 chinchillas, and 3 birds (this is not counting the 20+ squirrels in my backyard that I feed daily). At one time, my house pets also included a hedgehog, rabbit, sugar glider, guinea pig, numerous hamsters, and 2 albino rats. I was afraid people were going to mistake my home for a zoo and sponsor guided tours to see our exotic pet collection.

Q: You are known for your finesse in the kitchen. What is your favorite thing to make?
A: My special Butterfingers Rum Cake because it combines two of my favorite things—chocolate and rum.

Q: What’s your favorite book?
A: Anything by Erma Bombeck. She’s the icon of early housewife humor and my biggest role model when it comes to writing.

Q: Favorite hobby?
A: I know I should say something snappy here like, “Hiking in the mountains near a steep cliff”; “Swimming with sharks during menstruation”; or “Sky diving in adult diapers,” but I can’t. Facebook stalking—that’s all I’ve got.